On Wednesday 9/9/15, Steve Levy and I kicked off the first of three webcasts hosted by College Recruiter called: Honest Diversity Conversations. The aim of these webcasts is to step outside of the realm of the typical diversity conversations. We wanted to open the eyes of business owners and HR practitioners alike to the issues and missed opportunities that exist when we don’t consider the impact of what’s going on in society, their homes and most importantly the impact of our policies and procedures.

Last week we concluded our Honest Diversity Conversations webinars. Our final discussion was about: Bias Leadership. There are so many ways that bias leadership can manifest itself in organizations. What was clear by the end of our discussion, was that race relations, bias in the workplace among other nuisance variables improve when you take care to put the right people into leadership positions. When you do your due diligence to choose the right leaders, they ultimately do what is right. This brings me to another important point- have we loss our moral compass in the workplace? In many cases, I believe we have. There is so much emphasis on impacting the bottom-line that we forget the impact we have on our employees. This omission of thought is very often unintentional. However, employees don’t want to hear what you didn’t intend. All they know is there are instances and situations where their progress and well-being are not being examined or treated consistently and equitably.

2014 was a record year for retaliation claims filed with the EEOC. According to a February 2015 article by SHRM, 2 in 5 (42.8%) of the charges the EEOC received in 2014 alleged retaliation against an employee pursuing discrimination claims. If your leadership is tuned into the workforce for both good and bad cues – how does something like retaliation reach the numbers the EEOC is reporting? It essentially means that HR departments and leaders are not practicing what they preach, In HR, it is quite customary  to have a non-retaliation policy. The piece that many employers don’t get is you can draft and implement any policy you want. The issues arise when you are inconsistent in how you apply said rules and more importantly when the “rule book” mysteriously changes depending on your race, creed, gender etc.

These discussions were not your typical diversity discussions. It was created to discuss and enlighten the masses to what really goes on in practice, with intention, and many times in ignorance. We sincerely hope that you will feel empowered to continue these conversations in your own organizations.

For links to the first two recaps and extra teasers see below:

Job Seekers and Conversations About Diversity Issues in the Workplace

How to Address Discrimination During the Hiring Process 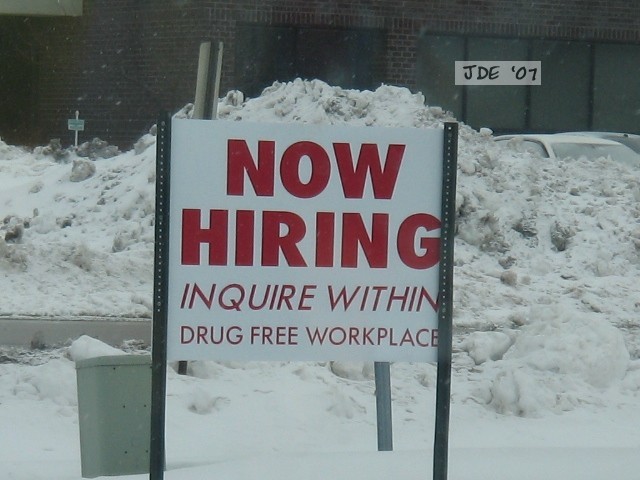 On Wednesday 9/9/15, Steve Levy and I kicked off the first of three webcasts hosted by College Recruiter called: Honest Diversity Conversations. The aim of these webcasts is to step outside of the realm of the typical diversity conversations. We want to open the eyes of business owners and HR practitioners alike to the issues and missed opportunities that exist when we don’t consider the impact of what’s going on in society, their homes and most importantly the impact of our policies and procedures.

Last week marked our second week of Honest Diversity Webcasts. Our focus in the second webinar was on Discrimination and The Hiring Process. It’s easy enough to direct people in their job search. Preparing them for the potential injustices that lie ahead is less prevalent. It is very clear that even in an age of information, many candidates are still unclear about what their rights are and what actions they can take when faced with discriminatory activity.

From an employer standpoint, ensuring a fair hiring process means being able to take an objective look at your hiring process regularly to make sure your intentions match what is in practice. There is also an opportunity for employers to define what success in hiring looks like and measure against it. Without looking at data, it is clear that some employers can make assumptions about the efficiency of the hiring process and/or success of diverse people within their organizations. Diversity and Inclusion practices are not checklist items. It should be interwoven into how you operate in business. You need to be dedicated to ensuring that people of all demographics can be successful in being hired and retained.

In this webcast we discussed the less obvious ways candidates are discriminated against. We also tackled the trend of diversity mentorship programs and answered whether most diversity training is short-sighted. Check it out and join the conversation.

Register for the final webcast in this series on “Bias Leadership” here . We hope you will join us.

On Wednesday, Steve Levy and I kicked off the first of three webcasts hosted by College Recruiter called: Honest Diversity Conversations. The aim of these webcasts is to step outside of the realm of the typical diversity conversations. We want to open the eyes of business owners and HR practitioners alike to the issues and missed opportunities that exist when we don’t consider the impact of what’s going on in society, their homes and most importantly the impact of our policies and procedures.

One of the questions we didn’t get to was:

“Speaking of the racially-fueled riots in cities around the US, we can imagine most companies being tight-lipped about what was going on. In your opinion, does the company have a duty to address social issues of the moment?”

Allow me to answer. Remaining tight-lipped about the racially-fueled topics of late is both a mistake and missed opportunity. When 9/11 happened 14 years ago, there was not a person that I encountered at work or after 5pm that did not want to discuss what happened. I suspect that was the case because we were so blind-sided by the event. However, I also believe it was a constant conversation because it was not just an attack on one demographic; but an attack on people from all walks of life.

The fact is unless an event affects the majority we tend to ignore it or minimize it. Likewise in HR, we tend to ignore racial undertones, sentiments and  even discriminatory speech until it is a bigger problem. In my opinion, companies have a duty to speak up about atrocities in society. However, I’d like to add that it is really a matter of preference and what you want to be known for. If you care that your employees see you as a company that genuinely cares about the trajectory of the human race; you may be inclined to tackle this. Conversely, if you don’t see current events or news headlines as connected to your business this may not be something you would address. Either way, all of us in HR must remember that silence is as much of an answer as a carefully crafted one.

If any of these recent events directly affect any portion of your workforce, they will remember your laughter and never-ending chatter during the typical and often-times nonsensical water cooler discussions. They will also remember that you said nothing- if that is what you choose. Both are equally damaging as we live in a time where social responsibility is an expected business competency.

Compliance and legal considerations aside, we work in the human side of business where it is inherently required that we ensure the well-being of our employees. It is our duty to see that people can come to work everyday as a whole person affected by the elements of life and society without judgment.

Steve and I had a spirited conversation about everything from HR not having the guts to have these conversations to why most diversity programs lack on this webcast. We hope you will join us for the remaining two webcasts. You can register here.

Check out the webcast replay below and join the conversation.

Want even more? Check out my preview of the “Honest Diversity Conversations” webcast series on “The Voice of Jobseekers” Podcast here.

It’s Time For Some Truth In HR

One of the things that has troubled me throughout my career is the inability for many people to be truthful in business situations. I’m not naive to the art and power of a carefully crafted message versus being blatantly honest; but I still think we could use more truth and integrity than not in business. HR in particular, has always been an area where I never understood the place for deceit. Fundamentally, people want and expect an increased level of both integrity and truth in HR because of the nature of what we do in an organization. Yet, in so many instances we disappoint when we don’t have the courage to be honest with the C-Suite about apparent organizational opportunities or concerns and equally so – when we aren’t honest with our employees. According to a 2014 American Psychological Association: Work and Well-Being Survey, 1 in 4 workers stated that they don’t trust their employers. The question is why do they feel this way and what can we change to turn this around.

When truth is a business imperative, trust is earned.

If we look at the racial events and rhetoric of the day, it is safe to say very few companies – let alone HR departments feel truthfully comfortable addressing what’s going on in society. Somehow, employers have decided it is a conversation for the water cooler, but not necessarily something for them to address.  Just take a look at what happened when Starbucks kicked off their #RaceTogether initiative. Good, bad or indifferent, I still believe that Starbucks was well-intended and extremely brave for trying to tackle this very sensitive topic at an organizational level. The unfortunate thing is Starbucks is just one company. Most companies are generally conflicted as to whether or not they should allow dialogue around racism.

For sustainable change to happen on and off the job, we need many more companies and HR departments to stop and think about how you can constructively discuss race, discrimination and other social injustices in the workplace without being scared straight about the legal ramifications.

Every attempt to tackle racism, prejudice or bias in the workplace is generally seen as a liability. As such, we HR practitioners carefully craft trainings and communications to address things like diversity and inclusion, because it is safe, it’s avant-garde for HR and it fills a compliance need. Meanwhile, the burning questions among your employees about your position on social injustices are looming and your neutrality or lack of a straight answer is perceived as concurrence in the negative.

I am not the neutral kind when it comes to racial injustice. The past few years of senseless killings and racial rhetoric in the U.S. have pushed my colleague/friend Steve Levy and I to write about how HR should be handling Race Relations in a rather blunt exposé of current events. Now, we are happy to share that we will be presenting three consecutive webcasts in September sponsored by our friends at College Recruiter to address the need for “truth in HR”. In fact, the hashtag for our series is: #truthinhr. The series is called: Honest Diversity Conversations. We will let you decide if you think we are “honest” enough. The three part series will address: Race Relations & HR, Discrimination and The Hiring Process, and Bias Leadership.

Please consider joining us. I am listing the webcast topics and dates below. We are aspiring to shift the way HR, jobseekers, and leaders approach these incendiary topics.

In addition, I am finally breaking my silence about some of the more recent events regarding race relations. I am providing an honest synopsis of how I feel. You can watch my latest “Ask Czarina” episode here to see what I have to say.

I hope to see you all next month. Let’s keep talking and thinking about how we can do this better. This is about social responsibility. When you’re in business, it should be a consistent consideration.